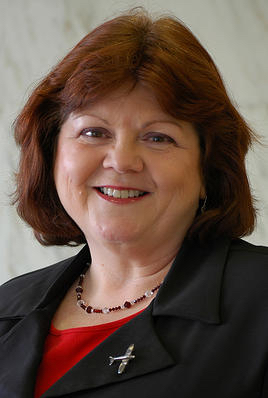 I’m blessed to be surrounded by writers of all kinds here in the Shenandoah Valley, not just romance writers. One such writer, and friend, is Phyllis Duncan, who pens tales of espionage (with, yes, the occasional strain of romance thrown in, but it’s definitely not her focus). To celebrate the release of her new novella, The Yellow Scarf, I pelted a bunch of questions at her, which she graciously answered.

So grab that cup of tea and hang with us for a few minutes as you learn more about Phyllis and her works!

What draws you to writing about spies over, say, romance or fantasy? 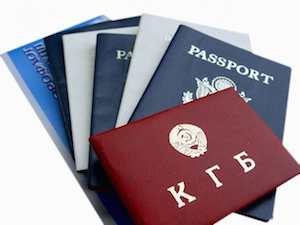 I read a lot of Fleming, Trevanian, and LeCarre in high school and college, not to mention was a big fan of The Man From U.N.C.L.E. and the Mission: Impossible television shows, and I’ve always found the genre fascinating. Also, ethical dilemmas intrigue me. Spies manipulate the truth, people, and governments toward an end, and to them that end is desired so, to them, the means are justified. We in the west always thought we were on the right side of the Cold War, but Soviet spies felt that way, too. Wondering how people dealt with those questionable ethical practices is fodder for me. Also, most of the time they are average, everyday people with families and mortgages, and I like exploring how they balance that. I’ve always wanted to write science fiction but don’t have the technical chops for it. My former co-workers thought I’d retire and write cozy mysteries about aviation, but so far aviation only has a peripheral mention in my work. I’d still love to write a totally cool sci-fi novel.

These two characters have appeared in several of your short story collections and novellas. Any plans for a full-length novel?

Oh, I have, let’s see, about eight novels involving Mai Fisher and Alexei Bukharin, in various stages of their careers, in different stages of production (i.e., first drafts, revisions, etc.), and all unpublished. For now.

What are your favorite things about these particular characters? 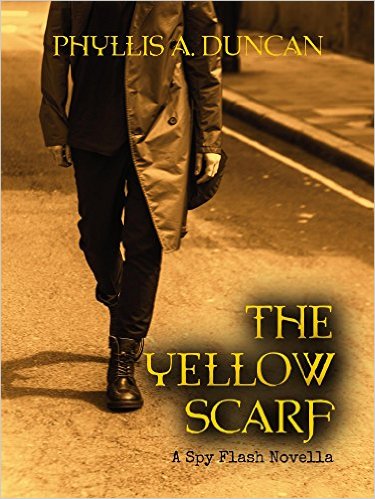 Alexei is all the positive (and some of the negative) aspects of my father and my ex–resourceful, loving, encouraging, flawed, and good looking. Mai is all the things I could never be at work, because I had to be nice (just kidding)–strong, brilliant, takes no sh*t, quick on the uptake, and understands the concept of sometimes doing bad things for the greater good. Together, they’re a formidable team; yet, they have both made mistakes, which they had to learn from them. As a married couple, they juggle their work responsibilities with family life, a family they have to lie to about what they really do, while protecting them from people who’d want to use their family to get back at them. Intense. The newest novella, The Yellow Scarf, for example, deals with their return to a country where Mai was taken captive the year before and suffered a tremendous personal loss. Alexei knows they can’t pick and choose their missions, but he’s concerned about the effect the return will have on his wife, not so much his partner. He also knows Mai will focus on the current mission and nothing else, because that’s who she is.

Tell us some of your research methods. What have you had to look up, and how do you go about finding info on spy activities? Any concern NSA is watching your search history? 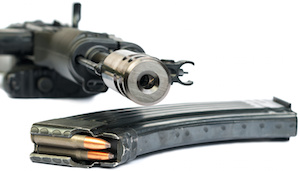 Since most of what Mai and Alexei work on is within my lifetime (from the Cold War to the present), I rely on my memory and my love of history. I research each novel as if it were a nonfiction work, i.e., read books and articles pertinent to the subject matter, and the Internet certainly makes that easier to do. I’ve purchased books by former CIA operatives and other covert operatives from rival intelligence agencies (including the KGB) and studied them for tradecraft and technology, but because this is fiction, I made up my own agency with its own protocols, so I can fudge a bit on tradecraft. Yes, particularly after 9/11 and the passage of the Patriot Act, I’m concerned my Internet searches could be misinterpreted. I’ve had to look up how to make an ammonium nitrate/fuel oil (ANFO) bomb, what kind of noise suppressor is appropriate for AK-47s, and torture techniques, among others. I sometimes post in Facebook something to the effect, “I write fiction; I’m not plotting anything.” I hope that works!

Do you know spies in real life? (I had to ask that one!)

I hear spy novels aren’t the only thing you write: can you tell us about other works you’ve completed?

In the past I was an aviation reporter and editor and author of many government white papers on aviation safety and aviation history articles–my first love. And I gave that all up to write fiction. 😉 I have written a great deal of literary fiction, in particular short stories and flash fiction, which have appeared in literary journals, online and in print. I dabble (emphasis on dabble) with poetry (I’m thinking next year I might need to write a haiku a day.) and have written feature articles on various topics for my local newspaper. I have a literary novel which explores how events in the past affect lives in the present. I call it my “baby in the wall” novel because finding the bones of a long-dead child in the wall of a house starts the main character on a search, which reveals things she wants to ignore but can’t. It’s called Supreme Madness of the Carnival Season, which is a line, appropriately, from Edgar Allen Poe’s “Cask of Amontillado.”

What’s next for you?

Since I just finished a National Novel Writing Month manuscript, I foresee editing, revising, and rewriting in my future. I developed a minor character in last year’s NaNoWriMo novel, a transgender former U.S. Navy SEAL (loosely based on an actual person), and several people have asked if I’m going to tell her story. So, who knows? Being inclusive in my fiction is very important to me, as is “doing it right,” so if I took on her story, I’d have to do a lot more research. This is an area where I would want my fiction to reflect reality.

What’s one piece of advice you would give new writers?

It’s a cliche, but write. Carry a notebook or a recorder with you at all times. Listen in on the conversations around you–and write them down. The key, however, is to write and embrace calling yourself a writer. Write every day, even if it’s a blog post, or a haiku, or a Facebook comment. Oh, and edit what you write or hire an editor, particularly if you’re going indie. Yes, you can have your own voice, and editing will only strengthen it. But none of that can happen unless you put butt in chair and write. 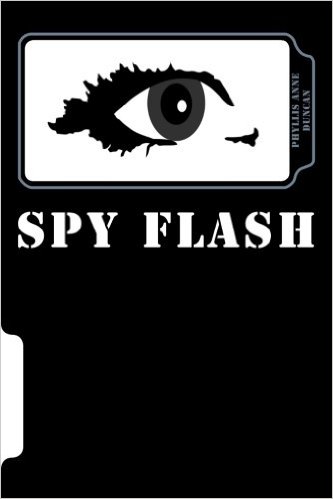 Phyllis A. “Maggie” Duncan is a retired aviation safety official who writes historical thrillers from her home in the beautiful Shenandoah Valley of Virginia. She has studied writing at workshops and conferences around the U.S. Her short fiction can be found in numerous literary magazines and anthologies. She is the first vice president of the Virginia Writers Club.

Want to connect with Phyllis? Find her here! 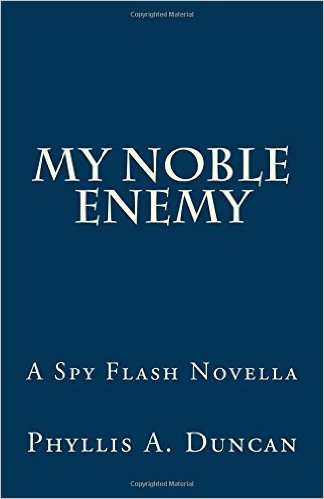 Thanks for stopping by, Phyllis! I wish you the best of luck with The Yellow Scarf – and hope you never need to make use of much of what you’ve gleaned from the Internet! 😉