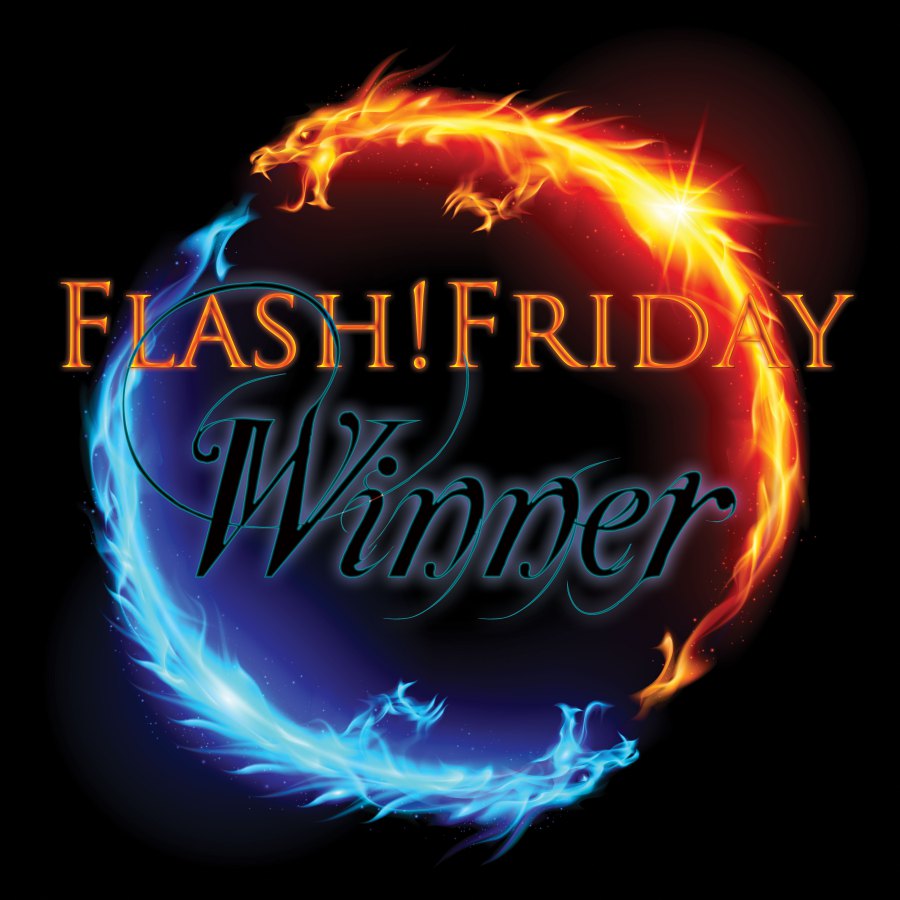 Or rather, here go de judge. I have finished up my brief tenure as judge for the marvelous Flash Friday Fiction contest, and I just wanted to take a moment and thank Rebekah Postupak, the contest’s absolutely fabulous creator and runner (uh, that sounds wrong), for inviting me to serve in such a position.

As I noted in my final results write-up this past week, when Rebekah first asked me to serve as judge, I turned her down. Who was I, newbie unpublished romance and flash writer, to dare judge anyone else’s works? What if I picked “wrong”? What if everybody hated my choices (and thereby, me)? What if, what if, what if?

Luckily the second time she asked me, the pressure was on, because she was asking ALL three-time winners of the contest to serve. How could I turn THAT down?

Yes, I still felt and feel as if my qualifications are minimal for judging such a contest. But the experience has been invaluable. Not only have I had to hone my own critical reading skills in terms of figuring out and justifying not only what I liked, but why I liked it, but serving as a judge made me aware of just how subjective judging writing can be. Yes, one can check for proper grammar and sentence structure, for following the rules, for the basics of good, strong writing. But when it comes right down to it, when I had to narrow my results from five or ten down to one single winner, it often was just a matter of instinct, of choosing the story that affected me the most.

How powerful has it been to realize that, to truly get the subjective nature of this business, while in the middle of querying agents to represent my novel? While of course authors hope their tale resonates with each and every person who gives it go, it won’t. Hey, there are people out there who don’t like Harry Potter, who can’t stand classics, who won’t touch the Bible. Talk to anyone and you’ll find people who love a certain tale and people who hate it. Even bestsellers.

I make no claims that my writing is anywhere of the caliber of J.K. Rowling or Jane Austen. I know it isn’t; I know I have more to learn in pursuing this craft, and always will. But I also know now that when an agent says they’re not the right agent for the book, it doesn’t automatically mean the book sucks. They might just mean exactly what they say; they’re not the right agent for this book.

In the meantime, I write on. In romance, and for Flash Friday. Because I can attest that the FF contest has done wonders for my writing confidence, with its friendly, encouraging bunch of participants who take time each week to comment on each other’s tales. Yes, it’s thrilling to win. Yes, it’s been a terrific honor serving as judge. But really, it’s the building up one receives, from commenting on stories or receiving comments, that makes Flash Friday such a wonderful community of writers. There’s a lot of tearing down that goes on in this writing world – how nice to have a place for encouragement.

So thank you, Flash Friday community, and thank you, Rebekah, for giving this still-fairly-newbie writer confidence and inspiration to pursue her dreams. Y’all rock! Write on!