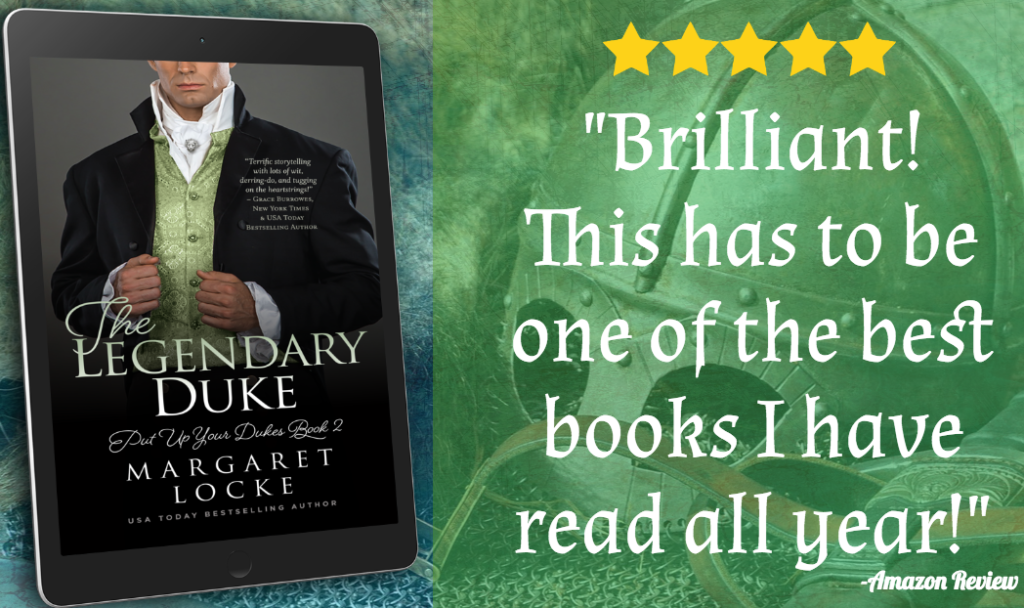 The Demon Duke is now available in audiobook format on multiple audiobook sites!

Most sites include an audio sample, but in case you’d like to listen RIGHT NOW, here you go:

Wahoo! I hope you love it!

On the Origin of The Duke of Cortleon’s Lion Symbol

… He grabbed his father’s hand, fixing his eyes on the large ring, the one with the golden lion’s head on top of a red stone. The Cortleon crest. Papa had told him he’d wear the ring when he was Duke.

Upon deciding to write a Regency historical romance based on the Arthurian legend of Gawain and the Green Knight, my brain immediately spun with name possibilities. I adore crafting book titles and character names with meaning; it’s one of my favorite parts of the whole writing process! In fact, I adapted so many Arthurian/medieval-connected names for The Legendary Duke that I added a glossary at its end to explain their significence, should anyone besides me have interest.

The Legendary Duke’s hero, our Regency version of Gawain, is Gavin Knight, Duke of Cortleon. Gavin is the modern equivalent of Gawain, and Knight evokes both the Knight in the legend’s title and the medieval period in general. Cortleon, Gavin’s ducal title, is an amalgam of “courtly love” and “Caerleon” (a Welsh castle some consider the real site of Camelot), both relevant to this book’s Arthurian inspiration.

But why a lion for his ducal signet? Well, not only have lions long been associated with England, but “leone” is Italian for lion. Given that Gavin, an English duke, spent most of his youth in Rome, the lion seemed his perfect symbol.

When they brought him his shield, it was bright red gules,
painted with a pentacle of purest gold.
Holding the baldric, he hung it from his neck,
and the sign thus set suited him well.
Why the pentacle is proper to that noble prince
I must let you know, though I linger in the telling.
It is a sign that Solomon set long ago
to signify truth by a trustworthy token.
It is a figure with five fine points
and each line overlaps and locks with the others,
everywhere endless: the English, I hear,
most often call it the Endless Knot.
And so it fits this knight with his flashing armor,
who was faithful five ways and five times each.
All knew Gawain to be good as purified gold:
devoid of villainy, his virtues were a court’s delight.

I combined this image with the lion’s head to form the Cortleon coat of arms and signet ring design but longed for a visual representation to inspire my writing (I’m a very visual person!). So, I googled around and stumbled across Lori Ferguson’s Etsy shop, Nature With You – and specifically this piece of jewelry (shown at the top of this post): https://www.etsy.com/listing/464109731/red-lion-necklace-mens-jewelry-lion. 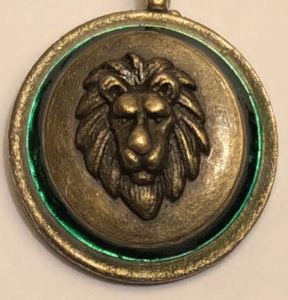 Squee! It wasn’t quite a star-shaped lion’s head, but it was perfect! I ordered it. Once in hand, I loved it so much, I immediately ordered the same with a green background, figuring it’d better suit a romance based on Gawain and the Green Knight. Now I am the proud owner of both – and both just might play into The Legendary Duke in one way or another…

Absolutely elated with these two pieces, I contacted Ms. Ferguson to ask if there was any chance she’d be willing to let me use my personal photos of the lion charm in my promo for The Legendary Duke – and she graciously consented! Wahoo!

I’m so thankful. Having these in hand certainly did influence my writing. I look forward to hearing what y’all think. I highly encourage you to check out her Nature With You Etsy shop – I also bought beautiful necklaces for my bestie and my cousin!

Thank you a million times over, Lori! Your jewelry and this Regency-medieval mash up are now forever linked – at least in my head. 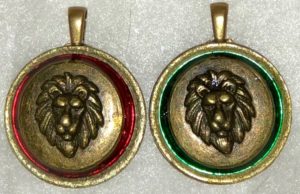 On Thursday, July 19th, the Romance Writers of America announce the 2018 winners of the coveted RITA awards, given each year to the romance novels selected by fellow romance writers and judges as that year’s best across a variety of subcategories.

I’m so stoked The Demon Duke is in the running!

In celebration, I’m giving away ebook copies of all seven of the finalists for Short Historical Romance. I’ve read them all and they are brilliant, peeps. Wahoo! 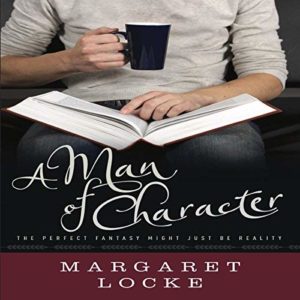