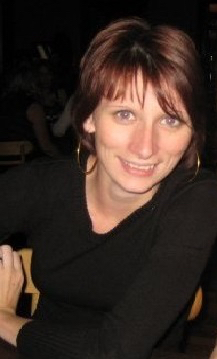 Woo hoo! Special guest in the house today … Elisha from European Geeks Publishing! She was so kind to host me on her blog right before A Man of Character debuted. I desperately wanted to ask her a bunch of questions based on the whole geek thing alone (I doth do hearteth the geeks!), and luckily, she obliged. We delved into other topics, as well. Settle in and enjoy!

I love the Tardis on your (old) blog’s header, so clearly you’re a Whovian. What is it about Doctor Who that appeals to you? What other shows have sucked you in? (Please say Merlin… ;))

Doctor Who is the anti-super hero. He is a hero in his own right, but without using any violence or weapons. He saves the world, which is not even HIS world, time and time again simply by using his brain. He is very active in the belief that all lives are important and tends to remind his friends to never give up their morals – no matter how bad the situation is. I am a big fan of Orphan Black and Torchwood (of course). I also enjoy some lighthearted romps, such as Two Broke Girls and Mike & Molly. I did follow Merlin for a long time, but, unfortunately, fell behind when we moved into our new house and haven’t caught up yet.

ML: You’ve just summed up why I also love Doctor Who – although you articulated it twenty times better.

You call yourself a “self-proclaimed nerd.” I love it. What does that mean to you?

Nerd used to have a negative connotation when I was in high school. Before geek became chic, my friends and I began to call ourselves self-proclaimed nerds. If we took control of the term, those ‘popular’ cheerleaders and football players couldn’t use it as an insult anymore. Fat Amy in Pitch Perfect does the same thing. When asked why she calls herself Fat Amy, she responds: “So twiggy bitches like you can’t do it behind my back.” If you retain control of the term, it loses any derogatory meaning. Nowadays, nerds rule – so the term has become a positive anyway.

What are you writing? Tell us about your novel.

I have a few things in the works. My children’s book is currently being illustrated. I’m still penning my baby at the moment. My novel is called RED, and it is a blend of Grimm’s fairy tales, pagan and Celtic rituals and history, and much more. It focuses on Roslyn, a twenty-four-year-old who is plagued by nightmares, visions, and a strange feeling that she is being watched. As her twenty-fifth birthday approaches, her visions become more intense, revealing a startling truth about her family history that has been kept from her for years.

I’m hoping to have it completed by the end of the year.

How does your work as an editor inform your own writing?

It both helps and hurts. Most authors tend to just hammer the words out. They feverishly write the story out and then go back and make their edits, or ship it off to someone else to tidy up. I will rewrite the same sentence thirty times before moving on. I also find that I can’t just sit down and write – every time I sit down, I end up editing the chapter I’m working on.

On the plus side, I’ll find most of the errors, plot snags, and unnecessary phrases before anyone else gets their hands on it.

What’s your take on indie vs traditional publishing?

I used to be all for traditional publishing, but over the last decade I have lost my faith in the system. I see so many amazing authors who can’t get an agent or publisher to look at their work, but yet books like Fifty Shades are pouring onto the shelves. I believe indie publishing is the new medium for truly gifted authors to get their talent acknowledged. It is also much better for the authors, who get to regain more control over their work.

Do you prefer to read digital or physical books?

I am a huge fan of holding a real book in my hands. I have adamantly refused to get an eReader. Unfortunately, my toddler cannot stand to see Mummy holding a book, so I have commandeered my husband’s Kindle until further notice.

How did you end up in the US?

My father is actually American. He was in the US military, stationed in Germany. My parents met at Octoberfest. They divorced when I was just under two and my mother and I left Germany and went home to the UK. When I was older, I wanted to meet my father… and here I am. 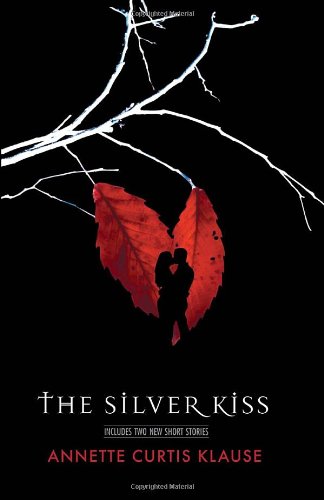 What are your top three favorite books of all time?

Oh, that’s difficult. I would have to say my number one favorite is called The Silver Kiss, by Annette Curtis Klause. It’s a young adult book, but it was the first dark fantasy book I read as a child and it drew me in immediately. I sometimes pull it out to remind myself of that feeling that I’m looking to portray in my own work. Of course, the iconic Hitchhiker’s Guide to the Galaxy by Douglas Adams because, well – you never want to forget your towel. The Last Vampire by Christopher Pike would be my third. As with The Silver Kiss, it is one of my top favorites strictly because of how they made me feel – it drew me in as a child. I was so addicted to the entire series that my middle school friends would get mad at me for not spending any time with me. I always had my nose in a book.

Which writers influence you most?

Joss Whedon is a huge influence in my life. Although he is a screen writer, he is one of the most genius storytellers. The way that his stories and plot twists could make me feel is something I would love to emulate one day. Otherwise, my cousin – Alastair Swinnerton (http://www.toonspace.co.uk/) is high on the list. His resume blows away most writers and after decades, he is still going without fail. A few others are Alex Marwood (author of Wicked Girls and The Killer Next Door), J Edward Ritchie (Fall From Grace), and Ian Thomas Malone (A Trip Down Reality Lane, Five More College Dialogues). I’m impressed by their drive, talent, and the fact that they are down-to-earth people.

Tell us about your new company, European Geeks Publishing…

European Geeks Publishing is a new, exciting, small press that believes in the support and promotion of its authors. We partner with our authors, making sure they are involved in the entire process – from cover art to marketing.

At European Geeks Publishing, we focus on a smaller catalog to ensure that we spend an adequate amount of time with each author from the beginning steps through to the marketing and promotion of each book launch to ensure maximum success for each project.

ML: So, authors, head on over to the European Geeks website to find out if you’re a good fit with their vision!

Thanks so much for stopping by today, Elisha, especially since I know you’re busy with your new Publishing House. Always nice to find a fellow geek.