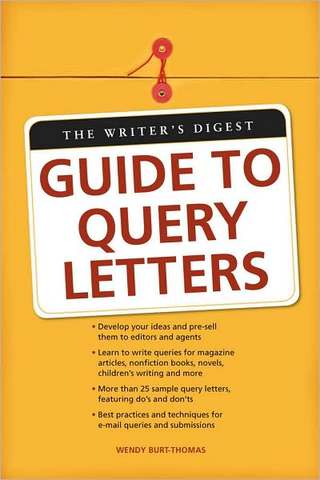 Yes, it has come to this. The agony and the ecstasy of the querying process. Agony, because trying to condense a book into a one or two paragraph pitch while still conveying voice, wit, action, and that all important hook is not for the faint of heart. Ecstasy because I’m actually pursuing this, actually putting myself out there rather than letting the ubiquitous anxiety hold me back, and maybe, just maybe, it will lead somewhere.

With how much time we spend honing our novels, writing and editing draft after draft, does it really make sense to dash off a query without much thought, especially when said query is an agent’s or editor’s first introduction to you and your writing? Spend time on the query. Write multiple queries. Write multiple drafts of each query. Solicit feedback.

Not only does the query need significantly more attention that many newbies want to pay to it, but so do the people whom you plan to query. Compile a list of agents who represent the type of book you have written. Visit their websites and learn about them. Note what they are looking for, who they represent, and whether or not they’re even open to queries at the present time. Pay careful attention to the submission standards for each agency and/or agent, as they do vary.

I made a spreadsheet in which I’ve listed agent name, agency, agency contact information, submission requirements, authors they or their agency represent, query response time, date I queried them, etc. After I compiled this list of potential agents (currently numbering in the 40s), I started to read. And read. And read. Here’s a short list of sources I’ve consulted:

Once you’ve done your research and written the query letter of all query letters, the one you’re sure will land you instant representation, don’t just fire it off. Solicit feedback. I posted my query to both my Shenandoah Valley Writers Facebook group, to get the input of fellow writers, many of whom have been or are currently in the same place I am in this quest for publication, and also to my Facebook friends and relatives, figuring if it didn’t capture their attention, it wouldn’t capture an agent’s.

Finally I decided I was ready – or as ready as I was ever going to be. I sat down on April Fool’s Day (was that a harbinger?) and over the course of a few hours, carefully sent out five queries. Some were just the letter itself, others were accompanied by a synopsis or a few pages of writing: whatever the agent specifically wanted.

And I worried. I worried whether I had selected the right categorization for my novel. I fretted over whether I had chosen the best highlights for my book blurb, and whether I had a hook powerful enough to reel anybody in. I wondered if I should have mentioned my doctoral work in medieval history or Flash Friday adventures (and wins), even though all sources said don’t include qualifications not directly related to your writing, or that are considered minor. Bummer that.

I assumed it would weeks, if not months, before I heard anything. To my surprise, I got my first rejection – a form one – six hours later. By the evening of the next day, I had two more rejections in my inbox. I was stunned at the speed, considering most agents say it takes weeks or months to get back to you, if they respond at all. I still question if there’s a message in that: is my query and/or book so terrible they couldn’t say no fast enough?

So here’s what I know: the basic odds of landing an agent and getting published are 1 in 100. At least that’s what YA authors presenting on publishing at my local library recently stated. These aren’t the best odds, but, if true, they also aren’t the worse. Apparently I’m much more likely to get a book traditionally published than I am to get hit by lightning (hooray!) or win the lottery (boo!) or even get attacked by a shark (unless one counts QueryShark).

I’m trying to keep that in mind, because in truth, I have very thin skin. It’s more like a bat’s wing’s than an alligator’s. Rejection is hard, man. Even when you know it’s coming. However, I’ve been inspired by another writer friend who, every time she gets a new rejection letter, announces she’s that much closer to success. Using that logic, I’m down to 1 in 97 odds, right?

Today I sent out three more queries, mostly to prove to myself I wasn’t going to quit. That’s eight out to the world. Now I wait. Because I also read that if you query 8-10 agents and nobody bites, meaning no one asks to see chapters or the whole manuscript, it’s a sign the query isn’t doing its job. If they do ask for material but then don’t pursue you, it means the book isn’t up to snuff. Don’t blow all your chances the first time out of the gate, many experts say: query in batches of 5-10 at a time so that you can modify and improve your query letter and/or materials based on any feedback you (or don’t) get.

While I’m waiting, I’m getting back to work on Book Two. Because, as I keep reading everywhere, writers write (read Chuck Wendig’s fantastic blog post on this). And I’m working to improve my BICHOK (Butt in Chair, Hands on Keyboard) track record – because without writing books, there’s no point in querying, right?

Whew. That’s all I’ve got, folks. Now I’d love to hear from you. Let me know if there are resources I’ve missed that I should consult, what ideas or approaches worked for you or didn’t work for you, or any other advice you have. Aspiring-for-publication writers want to know!

5 Replies to “Query, Query, Quite Contrary: Adventures in Querying for a Literary Agent”