Recently I bought a real old-fashioned disk drive that’s letting me read some of the writings I produced back in high school and college. Cool.

What’s uncool, and downright embarrassing? How horrendously over-emotional and over-wrought many of those writings were. Well, what can I say? Someone had to keep those moody teenage stereotypes alive, right?

Even in the midst of some painfully awful poetry and prose, occasionally some of my earlier stuff still resonates me with me, or at least strikes me as not entirely bad. Here’s one from the summer of 1988: 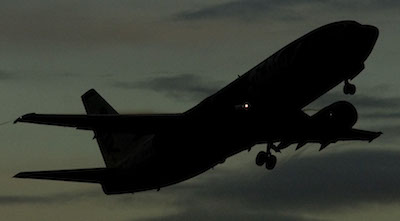 I fell into the black today.

Oh, it wasn’t unexpected; I knew it was coming. I just kept walking and walking and all of a sudden I fell off the edge of the earth.

See, yesterday he left. Packed his bags and feelings and left me at the airport with nothing but the ticking time bomb of my tears for comfort. Do you think I’m crazy? I probably am. Up so many times, down so many times. I’m riding on a crazy merry-go-round and I want to get off but the faster I push the worse it gets. So I jump off. Flying free, I launch through space, and everything is warm and good. But then the world rushes up to meet me and everything goes black. Again.

When I was little I had a Daddy and he had a little girl. But now things are different. We’re living in the future where no one needs daddies (least of all me), and you can change the world with the push of a button, but be careful how far you walk or you’ll fall off the end of the world. Anyway, my Daddy and I made donuts with one of those new Insto-Fat grease fryers and I didn’t have my shirt on. It didn’t matter back then because boys and girls had no meaning. But I can prove I had a Daddy because I have photos.

My Daddy, he was great. One time we went fishing on the Mississippi River, and I almost fell in. “Silly girl, you’re not a fish!” No, Daddy, I’m not. And I’m nobody’s little girl anymore. Back then everything was so bright. Nobody knew the world had an end (well, no one bothered to tell me), but I know because today I walked off the edge, into the black. No going back.

So light. So tight. My days were full of sunshine. We killed the black by running into the light. Always in the light, laughing…loving. I think of him (not my Daddy, the other one). He was my sun. Like a little girl again, with someone to love me, I was. I can feel his arms around me and he holds me so tight. So tight he’ll never let me go, he’ll never go away. Warm and happy, I sink into his embrace. No black, no pain, no fear. He holds me in the light. His light. On his birthday we went to Golden Corral Family Steakhouse and ate a great big steak because in Germany it’s too expensive, and there wasn’t a single bird in the sky. Not one bird to take away my sunshine. But his eyes, they followed the sky, and I knew… Falling through eternal blackness I think only of the light. Together apart, we fell through the crack in the black. But birds can fly. Not I…Not I.

Today I’ll hit bottom again. Don’t get me wrong- I’m not on drugs and I don’t drink or anything like that because I’m not stupid, and besides, what better way to isolate yourself from your friends? Being young and sober is sometimes a problem, but I wouldn’t give it up for anything in the world. It only makes the black more real. I long to fly.

I walked off the end of the world today.

A hawk, he was. A giant black hawk, circling ever closer. I can feel his breath on the back of my neck, a soft whisper. I turn to hold him but he is gone, gliding in the path of the sun. I see him turn and return; his ice blue eyes hold mine, and we are one. Suddenly I am flying, too; together we are two who fly as one, circling higher toward the sun. But you know what they say- “Don’t fly too close to the sun or you’ll get burned.” Burning, aching, dying, my singed spirit plummets down, down, down. I look and see the black. “A Black Celebration,” he would say. “You know, the song by Depeche Mode?” Into his eyes, his piercing blue eyes I fall. Trivialities, we talked about. Reese’s Peanut Butter Cups, Monty Python, German Bier, and dreams. Dreams flying on the wings of hope. “I like America…America…America.”

On my birthday my Daddy said good-bye. He said he had to teach me about Reality because I’m living in a dream world. Reality. What a funny word. What a funny world. No more sitting in K-Mart with my Daddy watching the world fly by (I know we did that because I’ve got photos), ’cause Daddy’s got to teach me about Reality. Once I was a bird, too. But now my wings are clipped, and I sit alone watching the world go by, wishing I could fly. But I can only fall.

Falling, soaring, swirling, gliding. Softly I float back toward the hard earth, not wanting it to end, but knowing nothing good ever lasts forever. He left, didn’t he?

It’s funny how people can mess each other up, isn’t it? We’re so simple, but somehow we make each other so complicated. Take him, for instance. He’s flying in the light and he won’t take me with him. Why not? But he’s flying in the dark, too. A giant hawk circling in the sky, that’s what I see when I think of him. Just out of reach. If only we could fly together. But I think of the airport, and those broken moments. Another bird sang sweeter, I guess.

He’s gone. Home across the big blue ocean, and although he took more than he gave, he left me with Memories. I want to escape (Daddy always called me an escapist, but I don’t think he meant like Houdini). Black, deep black memories of light and his eyes and the sun. Out of reach, out of reach.

I wonder if you could understand. I hate birds. They ate my Daddy, too. Mom says he’s in Las Vegas, but I know my Daddy’s gone. He wouldn’t leave me. Would he? Sometimes I wonder if I’ll ever learn. Being a bird means flying in the light, and how can I fly when I’m falling?

Falling into a whirlpool of emotion, forever falling. It’s useless to try to escape, you know. Someday you’ll fall, too. Be careful of the black. It seems soothing (it imitates the feeling of flight), but when you open your eyes you’ll find yourself at the airport with your heart in your hands and his tears in your eyes, and when you walk out you’ll fall off the edge of the world into the black.