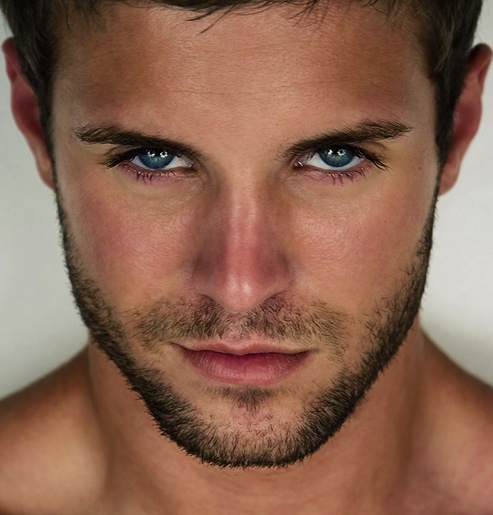 If you’re a lover of romance like I am, you know a lot of the enjoyment of any given romance novel hinges on the hero: if he’s not appealing, chances are you won’t get into the book and may even set it aside in search for the next great fictional man of your dreams.

But of course what appeals to you may not appeal to me. This is evident whenever I talk with friends about what and whom we find attractive (in the physical sense as well as in discussing desirable personality or character traits), and has become even more obvious when I look at pics of guys that other romance writers have pinned up on Pinterest or posted on Twitter. I see a lot of big, beefy, muscular-but-with-zero-fat men covered with tattoos. Huge biceps, huge shoulders, and sometimes chins and cheekbones so over-chiseled I’m sure they’ve been surgically enhanced.

I’m glad that those guys are appealing to whomever pinned their photo, but they don’t do it for me (here’s who does). Too many muscles are quite simply a turn-off. I seem to go for the slightly quirky type – in looks sometimes and especially in who they are as a person. Yes, in my novels (the ones I read, and the ones I write) I like for them to be lean and slightly muscular – but I always imagine the guy looking more like a runner or a swimmer than a bodybuilder. I prefer the pairing of darker hair and lighter eyes. In fiction, at least – my husband’s chocolate eyes make me melt every time. Blond heroes in books don’t cut it for me – they make better villains. Neither do completely dominant or perfect-sounding heroes. I like flaws. I like rawness. I like hidden secrets. I like emotional pain that no one else other than I… er, I mean, the heroine…can help the hero overcome.

The description above matches many of the descriptions of heroes in the books I read. Go figure. But the vision I conjure in my head is probably different from the one you conjure in yours. And that’s what makes romances so great – we can make the hero be whomever we want him to be, within the parameters set by the author. Or heck, we can even defy those. My cousin read my draft of “A Man of Character” last year and said she always thought of the Grayson character as being blond and looking somewhat like Alexander Skarsgaard, although I’d described him as having darker hair and, in my mind, he was obviously Robert Pattinson. It was fun to hear that the character had taken on a completely different look for her than I had intended. Ain’t imagination grand?

Do I like wealthy heroes? Sure. It’s a glorious fantasy to imagine never having to worry about money, and to be able to have whatever you wanted – grand houses (and servants to clean them!), the best-sprung carriages (I AM a Regency lover, after all), the dearest ball gowns. Is my head turned, figuratively at least, by the sardonically raised eyebrow, the cocky attitude, the rakehell behavior? Um, well, yeah. But only if there’s more depth to the character than that. I don’t know if that’s because it soothes me to hope that other people are as anxious and uncertain in life as I often am. Probably. Perfect people – if there were such a thing – are too intimidating anyway. Give them scars, emotional and physical. Give them hindrances to overcome. Give them quirks that make them not quite the norm. Give them something that pulls me in and makes ME want to be the heroine of the story.

I’ve actually enjoyed the trend in romances toward less idealized and (slightly) more realistic men. At least I feel it to be a trend: the romances I read now are quite different from those I read in the 1980s. There are heroes now who are virgins, and heroines who aren’t! There are men struggling with PTSD and women struggling with anxiety. I like that – to a point. It’s still fantasy and escape that I’m after, after all. Although I would like to read about more heroes who wear glasses. Men in glasses are sexy!

So I’m curious: What makes a great hero for you? Is it all about looks? Personality? Do you like serious flaws? Minor flaws? Does he have to be wealthy? Would you read a romance about a Regency miller as well as a Regency duke, or a contemporary grocery store owner over a company CEO? And what sours you on a hero-wannabe?

5 Replies to “What Makes a Great Hero?”