Monday marked the end of my Whole 30. Hooray! I was thrilled to have made it through (there were several dark days where I thought I couldn’t go on). And while I can honestly say I hated it 80% of the time, I DID drop 20 pounds and was generally feeling pretty good by the very end.

Then came the challenge of reintroduction. I was SUPPOSED to do a 10 day plan – introduce legumes, go back to 2 days of Whole 30 eating, introduce dairy, go back to Whole 30, etc. The first part of the week went fine. I was overjoyed to have peanut butter, ecstatic to eat peas.

And then Thursday, I decided to let myself have that chocolate bar I’d been saving for weeks- my Whole 30 Victory Bar. It was about the size of a Hershey’s bar. I ate half at lunch, the second half after dinner. Both times, the chocolate itself was delicious (and I’ve never eaten chocolate that slowly). Both times, I got a headache and a slightly upset stomach several hours afterward. A clue, one might say, that chocolate was a stupid idea.

And that chocolate was a trigger. Friday I fought cravings all day. Saturday I fought cravings all day. Until I didn’t. I’d dropped my daughter off with her grandma for an overnight, and headed back home. It was around 1:30, and I’d had no lunch and minimal breakfast. I stopped at Wendy’s and ate a large fries with ketchup – no sandwich, just the fries. And I wanted more. Stupid fast food. Stupid me for stopping. 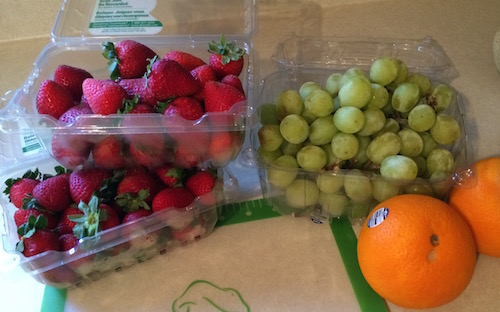 Later that afternoon, I headed up to an awesome writer’s retreat with writing buddies Annika Keswick, Foy Iver, Tamara Shoemaker, Taryn Bk, and Rebekah Postupak – and bought a Hershey’s bar and devoured it. I’d love to say it was without thinking. Of COURSE I’m the one who bought the stupid bar and put it in my mouth. My brain is sneaky, people.

I’d prepped for the event, bringing strawberries and grapes and ham and peas. I knew there were going to be goodies there, but the first night I resisted the brownies and the flour tortillas – but did dive into the spanish rice. And nearly ate it all.

Is it a matter of no willpower? No. I just did a Whole 30. I have willpower in droves. But it’s a matter of an addiction so strong, it smashes that willpower 95% of the time.

I drove home, disgusted and frustrated with myself yet again. All that hard work, thrown out the window. And once I start a binge day, it’s very hard for me to stop one. Instead, I go to the “Well, I’ve already eaten this, might as well eat THAT” fallacy.

So here I am, at the end of Week 1 post-Whole 30. What’s the plan for Week 2? Back to Whole 30, with legumes. Yes, I need to go back. I don’t like this feeling of being out of control. And sugar and white flour make me out of control. So they’re going back into Pandora’s Box, and I’m going back to Whole 30 eating for at least seven days – but am willing to eat some peas and/or peanut butter, as I don’t think they are triggers.

Dog gone it. If only I could be addicted to lettuce.