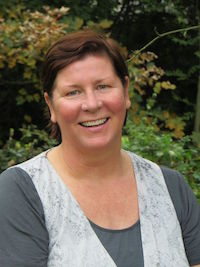 Wahoo! It’s Writer Wednesday! I’m so delighted to welcome historical romance writer Caroline Storer to my weekly mini-interview thingy (writers can phrase it like that, right?). And when Caroline says historical romance, she means it! We’re talking Roman antiquity, people. (I myself love ancient Rome and took lots and lots of Latin, so I need to read her books. Which I hope are not written in Latin, because my skills in that language have long since rusted away…)

Okay, enough of my silly babbling – let’s get to know Caroline and her books a little bit better!

Well, the answer to that question is easy enough! As a historical author, the answer has to be “historical romance.” But narrowing it down is a bit harder! I’ve written two romances now, both set in the Roman period, so it’s obvious that I love this historical period. But saying that, I absolutely devour Regency romances by the bucket load! I’m also partial to Viking romances as well – and my next WIP is going to be a Viking Romance.

Firstly, even though I’m in my 5th decade I still like to listen to rock music – especially heavy metal! I can hold my own amongst the younger generation, and frequently score serious “brownie points” when I recall going to lots of HM gigs in the 1980s and 1990s to see bands such as Motorhead, AC/DC, Iron Maiden, Twisted Sister, Deep Purple and hundreds of others as well. Secondly, I have a full motor bike driving license. I rode a motorbike in my early 20’s before I got my car license. I haven’t ridden a motorbike for at least 20 years now. What is rather frightening to think about is the fact that (legally) I can go into a shop and buy the most powerful motorbike out there and drive it on the road. Scary!

What fellow romance author do you recommend reading and why?

Wow! As a voracious reader of all things romance, this is a hard question to answer! However, if I have to narrow it down then I would have to say Michelle Styles, who writes historical romance for HM&B. Reading her early novels – especially her Roman romances – made me pick up the metaphorical pen and write my first romance.

Caroline’s second novel, A Roman’s Revenge, debuted this month! Here’s a bit about it: 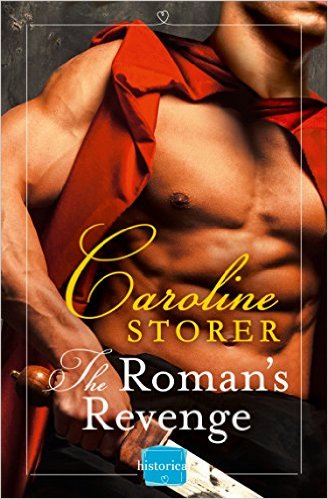 The daughter of his sworn enemy…

For wealthy merchant Metellus, nothing is as important as his desire for revenge. Ever since his father’s death, he’s been planning to wreak vengeance on those responsible. So when he rescues the daughter of his sworn enemy, Livia Drussus, from a shipwreck, Metellus sees an opportunity to set his plans in motion.

…is fair game in his planned revenge!

Making Livia his wife is the perfect way to get close to her family. What Metellus doesn’t expect is the fire that burns so passionately when he takes feisty Livia to his bed! Falling for his wife was never part of the plan, and soon he stands to lose more than he ever thought possible. Now Metellus must decide, is gaining his revenge worth risking his heart?

A Bit About Caroline:

I live on the beautiful (if slightly windy) island of Anglesey in North Wales. I’m happily married to my own Alpha Hero, Colin, and have one step-son and grandson. By day I’m an Environmental Health Officer for the local Council. My work can be quite challenging to say the least, and no one day is the same. I find escaping into a good book (either reading or writing one) a great way of relaxing once I’ve finished work.

Caroline says: Thanks again, Margaret for having me. It’s been a blast! Caroline x

To which I can say, the feeling is mutual! Thank you so much for
stopping to share your day and your books with us, Caroline!