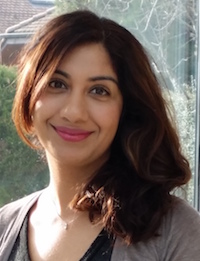 Wr-wr-writer Wednesday! Say it three times fast – then stop, and keep reading, because today we have Nillu Stelter with us. I met Nillu via the flash circuit, where I first admired her prose – and she mine, evidently, as she invited me to collaborate with her on a multi-author short story. She’s been a great vocal support for me, and I’m so pleased to have her here today!

Thank you, Margaret, for hosting me here at your blog for Writer Wednesday. I am imagining us kicking off our shoes and sinking into the sofa with some tea and chocolate. We begin…

I write for the clarity it brings, that sense of immersion and wonder. I can take the time to weave intricate sentences or get the nuance just right without worrying that it is already someone else’s turn to speak. I can examine a thought carefully, tangibly, without it slipping through the fog of my brain like a wandering child at a funfair. In a world of constant change and fleeting lives, it comforts me to leave a record of my thoughts. 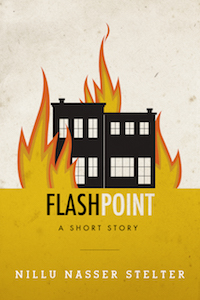 I like time travel romance – I’ve been meaning to read Diana Gabaldon’s Outlander for so long – because they bring together some of my favourite story elements: magic and love. I also like how this genre doesn’t always have to have happy endings. I like my romance with tragic elements. Think Radclyffe Hall’s The Well of Loneliness (oh that immortal line: ’that night, they were not divided’), Leo Tolstoy’s Anna Karenina or David Nicholls’ One Day. Period romance is also delicious. I can’t wait to gobble up A Matter of Time.

[ML: Oh, you are so sweet! I actually am reading Outlander for the first time (!), and it is a rich, heady book. I don’t claim to be in Gabaldon’s league.]

One of my characters is called Soraya, taken from the Persian to mean ‘princess’. I found myself reading about Soraya, Princess of Iran, who married the last Shah of Iran, at eighteen years old, and found she could not conceive. She refused to share her husband with another woman (he could have had two wives), and they parted after seven years of marriage, both unwillingly, because he needed an heir. The Shah went on to remarry and have children. Princess Soraya moved to France after their parting. When she was found dead in her Paris apartment in 2001 at the age of sixty-nine, her younger brother commented “after her, I don’t have anyone to talk to.” He died a week later.

I have a butterfly tattoo on my hip. One wing expanded during each of my pregnancies, so it was lopsided and then slowly returned back to normal. In another life, I used to write briefings for the Mayor of London.

[ML: Did you take pictures of the lopsided butterfly?]

Only one? But I have so many! If there was one, it’d be this:- I wish I had sought out writer friendships in the early days of wanting to write. It is hard sustaining this dream when you are sitting by yourself in a turret. There’s an osmosis that happens when we make writer friends. It sped up my learning straight away, inspired me, made me accountable, and it comforts me to be part of a community of people on the same journey. I find Twitter and critique groups especially helpful here.

The Voyeur is a literary romance set in Mumbai, where romantic love is traditionally played out behind closed doors. It is a story about sexual politics and second chances. In it, a man cheats on his new wife with disastrous consequences for them both. His only way to redemption is to love and be loved again. He remeets the wife he betrayed, and the lover he risked it all for. Can he be forgiven and rebuild what he broke, or will he end up with nothing?

Tonight had come to pass like every other night since he lost her. As darkness fell, he made his way through the city’s streets in the sticky air, drawn to a white-washed mansion in Juhu he hadn’t visited before. Glittering white lights framed the house as if from a fairy-tale and, as Akash approached, the pungent smell of pink rose bushes overwhelmed him. He crept across the courtyard, camouflaged by the grime and dust that had become his natural attire.  It was the best and worst decision he had ever made.

As he peered through the glass, a maid with flour in her hair kneaded dough for roti. A baby slept in a basket, wrapped in a deep orange swaddling blanket despite the heat. Nearby a woman in an embroidered salwar kameez sat in a rocking chair. At the table, a young man with fine eyebrows read a newspaper, his shirt buttons popping across his belly, his dirty bare feet in contrast to the sterile extravagance of the floor tiles. From time to time, he looked up to speak to the woman by the baby. Then an older woman entered the kitchen and Akash’s stomach lurched as if he was riding a ramshackle fairground ride.

She stood taller than the average Indian woman. She pushed her shoulders back with pride and her sari pulled tautly across her body in haughty dismissal of accepted styles for older women. Akash recognised her before she turned. The hair on the back of his neck rose in anticipation and his chest constricted as he caught her in profile. As she turned towards him, Akash’s head emptied for a moment before an explosion of unwarranted thoughts filled its cavity. Then, his mouth slackened, and he thought only I wish I could be someone else. Someone without my history. Someone cleaner, fitter, richer, deserving of her. His legs shook, and he flailed as his feet became tangled in the fairy-lights, falling against the pane of glass with a dull thud. For a moment he held his breath, considering himself lucky. Then all hell broke loose.

“Ye kya hai? Maa, call the guards! Muna, stay inside with the baby!” shouted the man as he grabbed a flour-covered rolling pin from the kitchen worktop and dashed out of the room.

Akash staggered up, held captive by the almond-shaped eyes of his lover for a long moment before stumbling back into the shadows on feet that did not want to do his bidding. She had not recognised him, he felt sure. Relief replaced his shame at his sad state. His legs felt submerged in tar as he ran, passing landscaped gardens and a swimming pool. He headed for the street, still reeling from the sight of her, and made it onto the gravel drive before the man even reached outside. His pursuer fought against his plumpness and the humidity, slow and heavy, cursing as the gravel slowed his bare-footed progress. Glee bubbled up inside Akash as if from a dormant volcano, uncontrollable and unwelcome. Joy at finding his lover threatened to send every other emotion into the stratosphere.

He had to get away. Experience taught him the rich were the most vengeful if they caught him. Like gods in their palaces, with iron-wrought fences, sleeping guards and noisy dogs to keep them safe, they rose up in squawking outrage at their pillaged sanctity. Fat, manicured men, with great wealth and photo-ready families, belonging to the ranks of the privileged few in a city where the streets teemed with the god-forsaken. This one continued his cries of outrage as he chased after Akash, his breath heaving, driven on by his anger and hatred.

The guards, woken by their master’s shouts and the old woman’s call, unleashed their snarling hounds. He screamed when a large dog, its fur ravaged, sank decaying teeth into his bare leg. Fear filled Akash’s belly at last, like a serpent unfurling and stretching deep within him. The men surrounded him, their eyes filled with glee and self-righteous anger. Vice-like they gripped his forearms, paying no heed to the dogs still snapping at his legs. An outbuilding with dimmed lights nestled in bushes a few hundred yards away. There they made their way as Akash’s leg bled and bruises sprang up beneath his skin as if he were an ageing piece of fruit.

Sign up here to subscribe to Nillu’s list for a free e-book (Flashpoint, a literary short story about two very different women, who need each other, or An Old Man from India, a book of poetry) and information about new releases.

Nillu is a writer of literary fiction, poetry and essays. She is happiest barefoot with a book in hand. They are the first thing she unpacks when she is somewhere new. She lives in London with her husband, two children, one angelic and one demonic cat, though she secretly yearns for a dog. She has a BA in English and German Literature and an MA in European Politics. After graduating she worked in national and regional politics, but eventually reverted to her first love. If you fly into Gatwick and look hard enough, you will see her furiously scribbling in her garden office, where she is working on her debut novel.

Want to connect further with Nillu? Find her here:

Thank you so much, Nillu! I truly enjoyed reading this and learning more about you. And, oh, how I wish I were close enough to see you in your garden! 😉