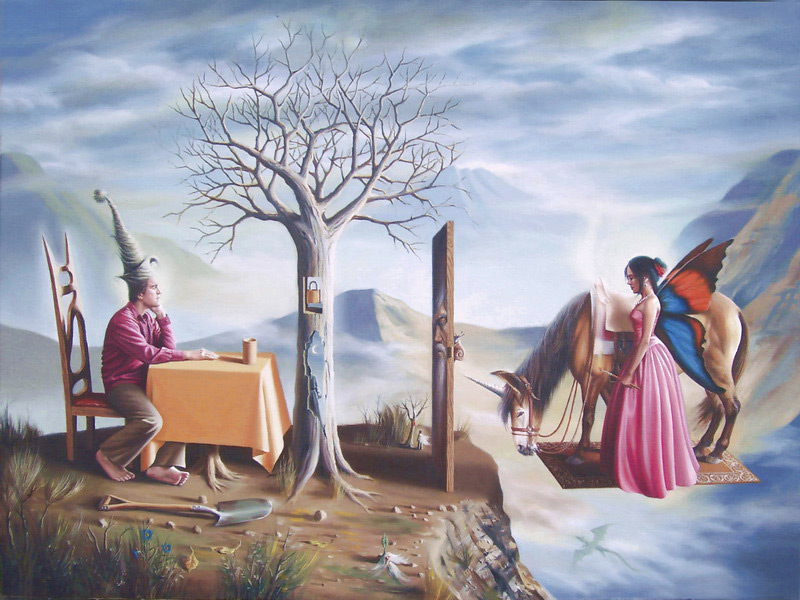 “I’m telling you, Merlin, he’s not coming back.”

The wizard sighed, resting his chin on his hand. He was tired, so tired. It had been over a thousand years. Where was the king? Where was his friend?

He sipped from the cup on the table. The Holy Grail, they called it. He’d always thought the name ridiculous – it was just a cup, more like a Tupperware tumbler than the fancy goblets they imagined.

The elixir in it kept him young, allowing him to blend in with current society. He snorted. Was it worth it? He longed for the freedom of his robe. And forget the foot-torturing things they called shoes; if he couldn’t wear his boots he’d wear nothing at all. The hat stayed, though. Without it he felt naked. Frail. Alone.

He closed his eyes. He couldn’t face the reality of his own sadness. His own loss. His own failure.

“Check again. There must be someplace we’ve missed.”

Weariness bowed the fairy’s head as she studied the map in front of her. Searching every corner of this earth, attempting to blend in with untold numbers of societies across centuries and continents – it was exhausting. Even her beloved unicorn was browning with age. Soon it would lose its horn. She wanted to weep for the shame of it.

“Give up,” squeaked the tiny sprite. “There IS no Once and Future King. It’s a myth!”

Merlin stared at the sprite in horror.

“If Arthur is a myth, then we are nothing but myths as well. All of us,” the wizard intoned.

“Hold on!” exclaimed the fairy. “The snail moved. I see a spot I haven’t checked before. Some place called…Memphis, Tennessee.”

Merlin closed his eyes, the tornado on his head whipping up images.

“Graceland,” he said, after a long pause. “The King is at Graceland.”

This is my entry in today’s Flash Friday Fiction contest. Let me know what you think!

UPDATE Sunday 9/1: I scored a 1st runner up from the judge! Woo hoo!