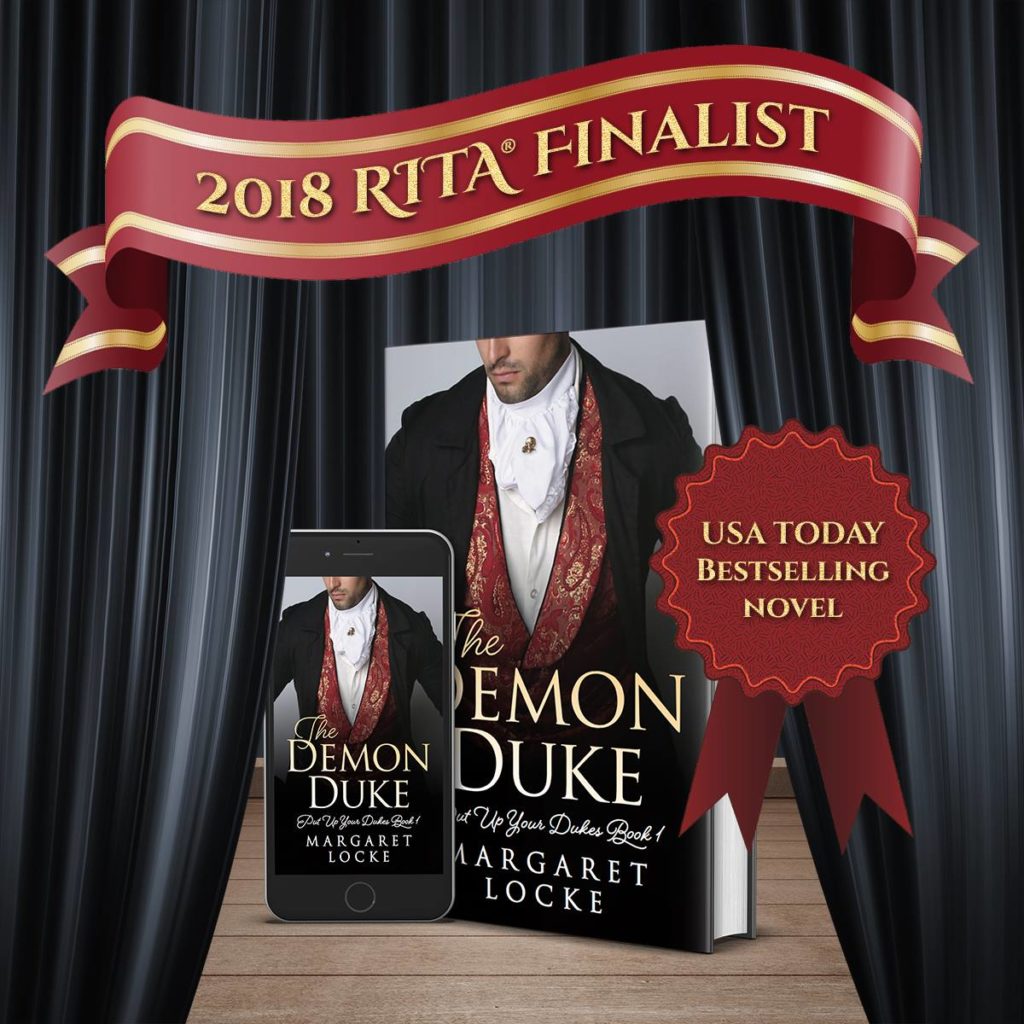 On March 21st, I found out The Demon Duke is a RITA® Finalist for Short Historical Romance. The RITAs are the Oscars or Golden Globes of the romance world, and I remain flabbergasted that my Regency romance is on that finalist list alongside names I’ve read forever and names that are new to me. But I’ll get to meet them all at the Romance Writers of America conference in Denver in July, where the winners will be announced July 19th. Wahoo! 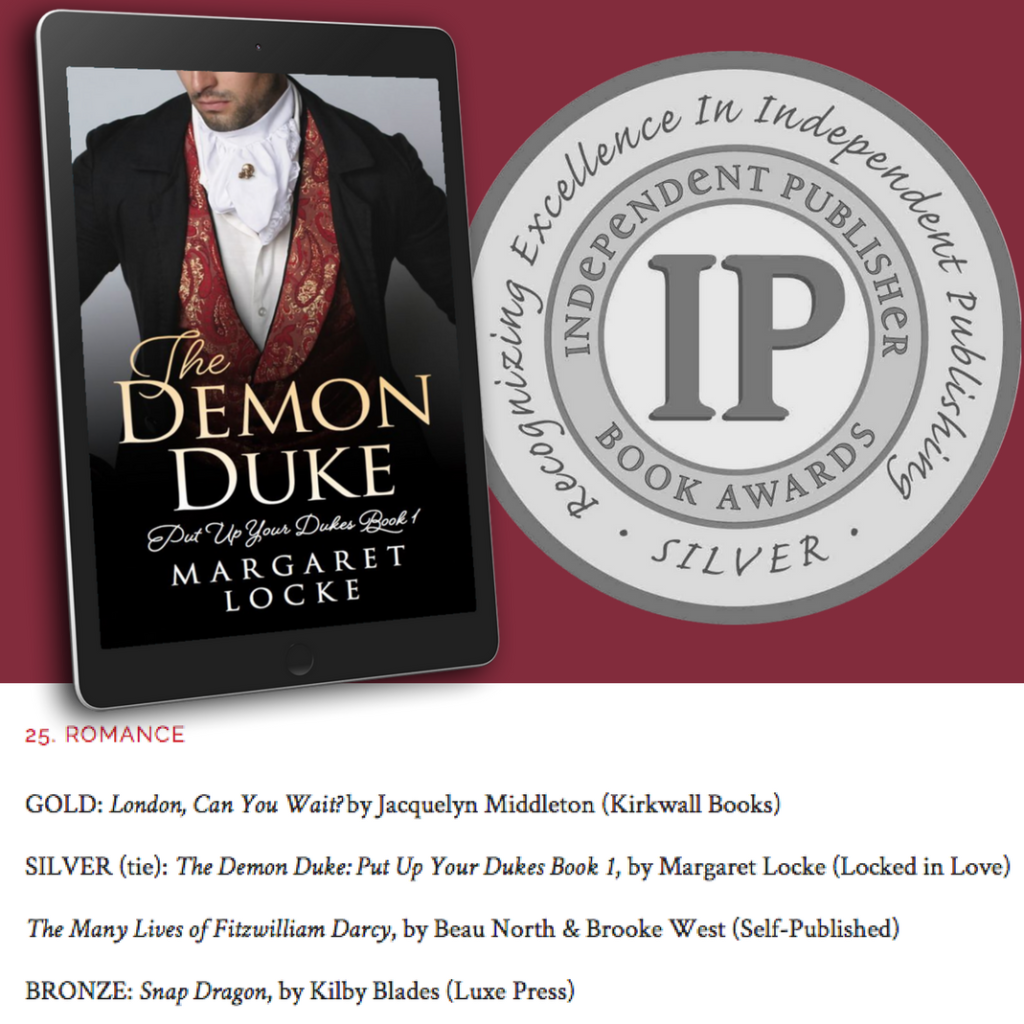 On April 10th, I learned The Demon Duke earned a Silver Medal in romance in the Independent Publisher Book Awards, aka the IPPYs. Is that cool or WHAT? 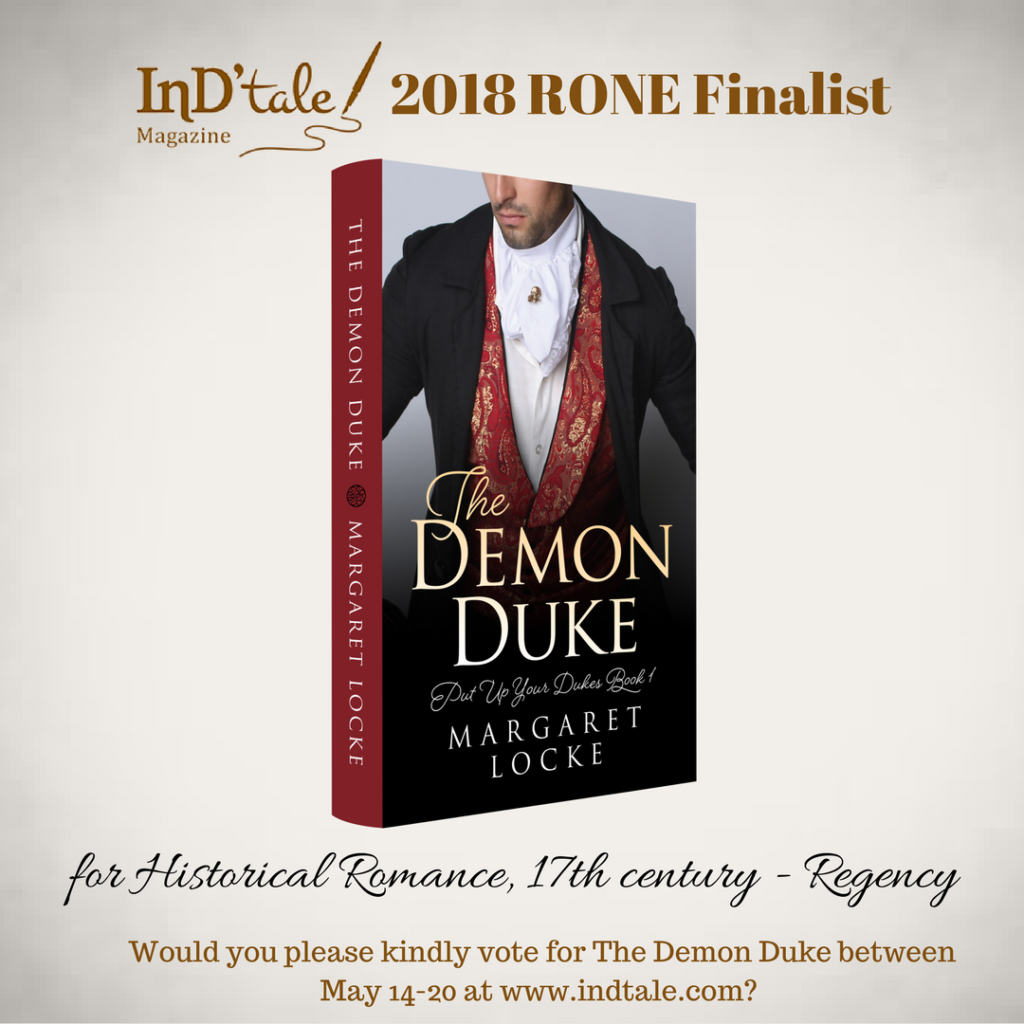 And today (April 11th), I discovered The Demon Duke is a finalist in InD’Tale magazine’s RONE (Reward of Novel Excellence) Awards for historical romance (17th century – Regency)! Once again, consider me flummoxed.

Basically, I’ve been running around in a tizzy – but a tizzy of the most wonderful sort!

*Thank you* so much to the RITA judges, the IPPY judges, and to InD’Tale magazine for bestowing such honors on The Demon Duke.
If any book of mine were to earn such accolades, I’m so very thrilled it’s this one, and that I’m able to bring more awareness of Tourette Syndrome to readers who may not have much experience with it.

6 Replies to “Holy Mother of Months, Batman! The Demon Duke is a Winner!”