It’s Thursday, and we’re Throwing It Forward (not back!) again, to honor and give thanks to those fellow authors, book bloggers, reviewers, fans, etc., who take their time and energy to promote authors.

Unbeknownst to me, paranormal romance author Tabitha Barret not only read A Man of Character, she reviewed it on her website, much to my delight! Then she asked if she could do an author interview with me. Squee!

After such unexpected promotion, I totally wanted to return the favor, and was thrilled when Ms. Barret agreed to answer a bunch of nosey questions about her writing and her books. So settle in for this awesome Author Interview, and leave a comment or go say hi to Tabitha when you’re done, won’t you?

I have enjoyed writing ever since the 6th grade, when we would receive random writing prompts and have to come up with stories on the fly. I find that I am able to lose myself in the subject and let my imagination take over. Once I create a character that I like, I tend to revisit him or her whenever my mind wanders. That’s how the Third Throne series came to be. The main characters came to me as I fell asleep one night and they stuck with me. That was about twenty years ago. Over the years, their world and lives became more elaborate, so I finally decided to write them down.

I enjoy reading all types of romances, as long as there is passion between the characters, except science fiction. I have trouble reading it, though I can watch science fiction movies. I love tear-jerkers. I love dominant men who just need to find the right woman to tame them. I love happy endings. When I write, I prefer urban fantasy / paranormal romance.

Have you always wanted to write urban fantasy / paranormal? What draws you to this genre?

When I tried writing what would become the Third Throne series, it started as a full-on fantasy book with strange creatures and gargoyle-looking things. It was a disaster, so I left the draft in the attic. After reading what I call my gateway book into the paranormal genre, Twilight, I wanted more out of my romances than Young Adult could offer. That’s when I discovered Sherrilyn Kenyon and the Dark Hunters series. I was hooked on Paranormal Romance after that. Once I had a feel for the genre, it dawned on me that the Third Throne would fit into this style of writing. I tried the genre on for size and never looked back.

I did a lot of research on Romania, since the second book mainly takes place there. I fell in love with one of the castles and used it as my model for Castle Mortea. I went to so far as to use their 3D virtual tour to get a feel for the layout. I was so obsessed with it that my husband offered to take me there. I was so afraid that my expectations couldn’t come close to the real castle that I declined. I learned about the history of the castle, though I didn’t use much of the actual history in the book. It was interesting to read about the ghost stories and the visitor experiences. One day, when I work up the courage, I hope to visit the castle.

1) I’m very shy by nature, until I get to know someone, but I try to be more outgoing when I have my author hat on. I tried to sound more confident than I really am.

2) My characters live more interesting lives than I do. I’m a homebody who enjoys watching movies and hanging out with my family. I don’t travel much, even when offered a trip to Romania, though I have been to Italy.

As a book reviewer, I have read a number of interesting self-published or indie published books that have captured my attention. I loved reading Erin S Riley and Jessica Jefferson, both of whom write historical fiction / romance that draws the reader into the stories and time periods. Viola Estrella and Gina Ardito also have great paranormal romances that pull at the heartstrings. 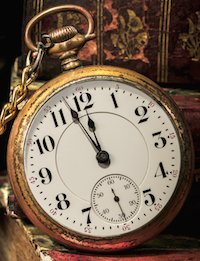 Don’t be disappointed if things don’t happen overnight. Self-publishing will only bring the results that you work for. It requires patience and the ability to try new things. Everyone gives the same advice: write more books and promote them. Promoting is not an easy concept to figure out. There is no cookie cutter recipe for success. Not every reader will be interested in reading your book and not every book reviewer will review it. It’s all about trial and error. You have to figure out what will work for your book.

Where do you see your writing career in 5 years?

In five years, I hope to be getting closer to the end of The Third Throne series. I have twelve books planned out and I write them simultaneously when time allows. My character, Anjali, needs ten different Fallen Angels to accomplish her task of ending the world, so I have plenty to keep me busy between then and now.

What’s your favorite thing about being a romance writer?

I love telling stories about all sorts of things, but being able to add emotions such as love, lust, or desire is challenging. Fear and anger are easy to invoke in a reader, but to make the reader feel the love that two characters feel isn’t easy. I’ve read romances that come off as flat. They talk about loving each other, but you don’t feel it. It’s not as easy as it sounds. It can come off as cheesy or fake if you can’t get the right mix of emotions. I like the challenge and hope that people can connect to my characters.

The Third Throne: Angel of Darkness:

Michelle Black lives an average life, but she is not an average woman. Plagued by nightmares of Hell and the unusual ability to see the sins of men, she stands apart from those around her. Deceived by a voice controlling her mind, she finds herself trapped in the place of her nightmares, Hell.

The Angel of Darkness tells her that she must now serve him, and she is forced to face the Realms of Torture. Strange things begin to happen when she senses that she is meant to be more than just a servant. Will she learn the truth about who she is and what she is destined to become before it’s too late?

The Third Throne: Angel of Darkness is the first book in the steamy Urban Fantasy/Paranormal Romance series that introduces us to Michelle Black and her dark destiny. She must fight to survive in Hell as she searches for the terrifying truth about the darkness that resides deep inside of her. 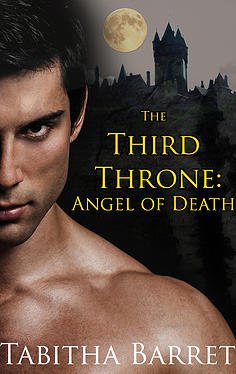 Anjali has embraced her destiny to end the world, but now she must find her ten Harbingers, known as the Predznak. She is determined to find Alazar, the Angel of Death, the former leader of the Predznak, before her other angels. She fears that he has lost hope and is close to becoming a Rogue Angel.

Alazar has spent too many centuries waiting for his Master Anjali to come and claim him. Deception and lies have kept them apart, but now it’s too late. He has vowed to the other Predznak that he will kill their Master so that they can be free.

During her search for Alazar, Anjali meets the Spirit Experts, paranormal investigators who are on a collision course with the Angel of Death. Anjali finds herself strangely attracted to one of the Spirit Experts and decides to become a part of their group in an effort to keep them safe from her dangerous angel. Can Anjali stop Alazar from killing the Spirit Experts and destroying the surrounding town? Can she keep Lucifer in the dark about her affections for the mortal man? Will unseen enemies destroy all that Anjali holds dear?

The Third Throne: Angel of Death is the second book in the steamy Adult Urban Fantasy and Paranormal Romance series.

Find them on Amazon!

Tabitha Barret is a paranormal romance author who lives in New Jersey with her husband, two children, and three crazy dogs. She met her husband in Creative Writing classes in college, though it took a little convincing for him to ask her out. In her free time, of which she doesn’t have much, she reviews books by other authors, and writes a blog about tips and suggestions for future authors trying to publish their works. She is currently working on her “Third Throne” Series.