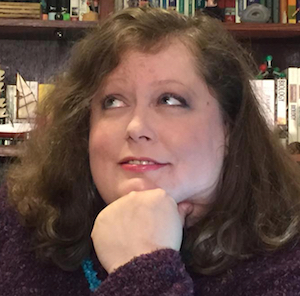 I’ve had the privilege of meeting Sue in person, as we’re both members of the Virginia Romance Writers, and she’s been a key figure in the romance panels of the Virginia Festival of the Book, which I’ve attended twice now (awesome; y’all should go next year).

She is a hoot, y’all. I hope you enjoy learning more about her and her fabulous books!

Is it inspiration? There’s the underlying need. If I could get away with not writing I would probably avoid it because I’m terribly lazy. I’d rather watch tv and eat ice cream. But the need pushes. The ideas come. The stories. The emotions. Suddenly, without knowing quite why or how, something is scribbled inside a notebook or typed on a screen. It’s incomplete. Chaotic. But the need is satisfied. Is that the Muse? Is it inspiration? If so, it has no interest in a writing career. It would be happy enough scrawling on walls.

You see, I’m caught between the two ideas in your question: “inspire” and “to write.” The thing (should we call it inspiration?) that gets me the “butt in chair” time that is critical to having written is actually obligation. Readers are waiting. A date has been set. A bill is going to need to be paid from the royalties that will result. Is that inspiration? If we use the definition of inspire “to influence or impel,” then yes, I suppose it is. But my ultimate answer isn’t nearly as soaring as the question implies. 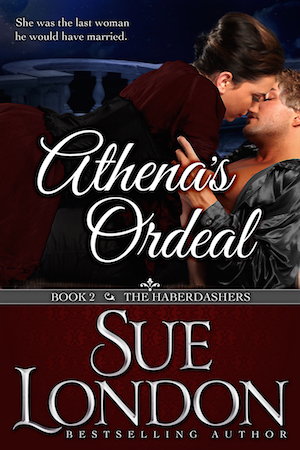 As soon as I answer one thing I’ll get distracted down another path. Probably half of the romance books I own are historical? Probably. The rest are primarily contemporary with a salting of paranormal. But that’s genre and I don’t think it really answers the question, at least not for me.

I love romance that is hopeful. I far prefer comedy over drama. I want to believe in a better tomorrow and actively seek any information that promises me that. You can’t beat romance for Happily Ever After.

My last book was Saving Persephone and probably the most interesting thing (to me) was quite peripheral to the plot. It was listings of women who owned businesses in the early 19th century. I tracked a bunch of them down to ensure it was at least reasonable to say Imogen’s mother ran a shipping company. Based on Rebecca Pennock Lukens, who bought out and ran Brandywine Iron & Nail, I deem it reasonable. If you want to feel under-accomplished, just read about these ladies: Remarkable Women in Business History

For my next book, Taming Chiron (out on August 25), I’ve had to research the history of science. THAT has proven to be quite a challenge.

Well, but then they’ll know…

1. I was pretty good at Street Fighter back in the day, especially when I played Chun Li. In fact, I was good at more video games than you might expect for my g.p.a. and number of jobs I had in college. Ah, youth.

2. One of my first jobs was as an artist. You know those paintings and textiles you see in hotels and think “I wonder how many of those they ordered?” I did that stuff. Stack upon stack of mass reproduced modern ‘art’. Yes, in my teens I professionally dribbled paint. 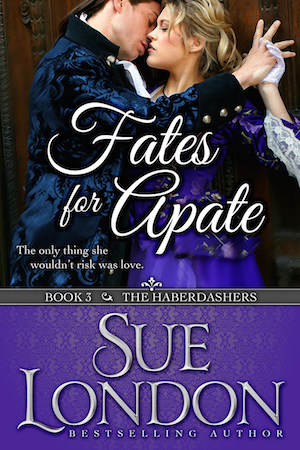 Oh, there are so many good ones that I would hate to leave anyone out! The classic that I’m enjoying catching up on is Georgette Heyer.

Shut up and write faster.

The Fortune Hunter by Diane Farr. There was a certain depth and gravity to both of the characters that appealed to me, overlaid with all the wit and fun of a comedy of errors.

A bit on Saving Persephone: 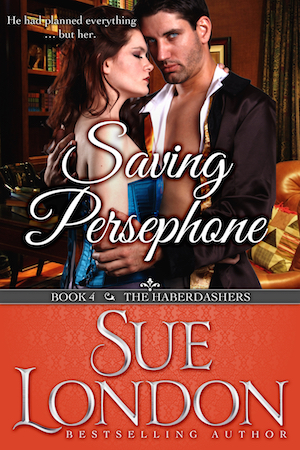 In 1805, Robert Bittlesworth’s little sister and her two best friends decided to create a “boys club” because boys have more fun. Most protective older brothers would have discouraged such a thing. But Robert saw opportunity and began training them.

Robert Bittlesworth has worked tirelessly in the Home Office for years, managing intelligence in the war against Napoleon and the Congress of Vienna. He also executed a plan to have his father exiled. Now that plan backfires when one of his father’s cronies kidnaps the Haberdashers… and the first woman he has ever truly cared about.

Imogen Grant of Boston has traveled the world with her mother’s shipping company. She considers herself an exceptional judge of character, but she has never met anyone like Robert Bittlesworth. He is either the very best or the very worst man of her acquaintance. Can she decide which before she loses her heart?

Don’t you just love Writer Wednesday and getting to hang out with faboo authors like Sue? I do! Thanks for joining us, Sue! It was a pleasure.

Welcome to Writer Wednesday, in which you’ll meet a different romance writer each week and learn a little (just a little) about them.

This week I’m glad to welcome Elizabeth Johns, whom I met at the recent Love Between the Covers romance conference in DC. She was sitting directly ahead of me, and while we were waiting for the conference panels to begin, we chatted a bit, discovering along the way that she also writes Regency romance, and uses the same editor (Tessa Shapcott) as I. Is that kismet or what?

Here Elizabeth shares with us answers to three (plus a bonus!) questions, and then reveals a bit about her latest novel. 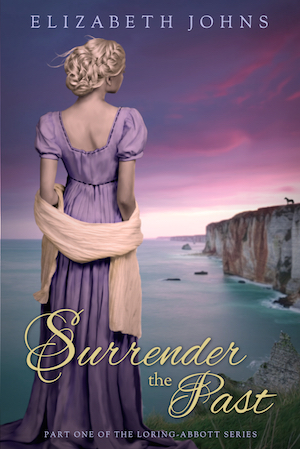 I wrote my first book out of a personal need to share a traumatic experience and how I finally learned to overcome it. The subsequent books were spawned from that, but I try to have some type of good message included—with an HEA of course!

I think I have a much better appreciation for what the conditions of war were like. The battle scene of Waterloo was only one chapter in the book, but getting into the weeds while researching made it more real. I cannot fathom living out in the open, walking miles upon miles to fight and then having to endure the poor medical care in the field.

Other than Austen (naturally), I adore Georgette Heyer. Her witty dialogue blows me away, and she transports me back in time while creating realistic characters.

Don’t be afraid to reach out to the community and be involved. I have been overwhelmed by the kindness and help from readers and authors alike.

Tell us about your latest release… 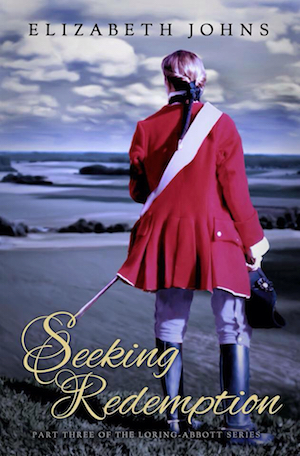 At nineteen, Lady Lydia Markham was beautiful, bookish and naïve. Her sheltered, loveless upbringing had not educated her in the ways of the beau monde, or the men who inhabited it. So when she met Nathaniel, Lord Fairmont, it was all too easy to be swept away by his rakish charm and good looks. She was devastated when he did not propose marriage, but joined Wellington’s army instead.

Six years of battle has changed Nathaniel: older, wiser, the conqueror of the addictions that drove his misspent youth, he’s avowed to start afresh. But a chance meeting with Lydia unnerves him; she is so very keen to speak to him, yet he cannot fathom why. Has she waited for him all these years? He is unfit for her and is focused on making amends for another’s life that he ruined, and he urges her to forget him.

Nathaniel’s indifference leaves Lydia heartbroken, but she reaffirms her vow to begin anew. Unfortunately, she needs Nathaniel’s assistance. If ensuring his aid means following him to the Continent, where he’s gone to fight Napoleon with the Household Guards, then so be it. But will he help once he knows her secret?

Want to connect with Elizabeth? Find her on her website, or on Facebook. Check out her Amazon page for links to Surrender the Past and Seasons of Change.

Thanks so much, Elizabeth!