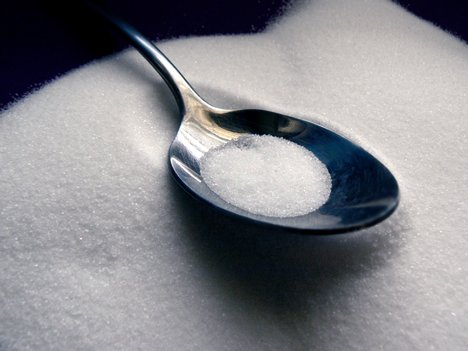 Back at the beginning of June, I pledged to go the entire summer (June 1 through September 1) without eating obvious sweets, or any food with sugar listed as the first or second ingredient.

People thought I was nuts. Others said they admired me. I feared I couldn’t do it, feared I’d break down in the first week. Especially in that first week, which was oh-so-hard. I was exhausted, down to the bone, for several days. I was cranky. I craved everything I saw. I indulged in Pringles and Doritos and all sorts of salty, bready foods.

But I didn’t eat sugar. I didn’t eat sugar while at the Jersey Shore. I didn’t eat sugar on my husband’s birthday, even though I’d said at the beginning of this whole thing that I could have a piece of cake that mid-July day if I wanted. I baked his cake and frosted it, without so much as a single lick of the batter. And I love cake batter. I smelled it when we served it, but opted not to eat it. I was worried I wouldn’t be able to stop once I started.

I made it all the way to September 1st. On that day, I made brownies (because we were going to a picnic and I needed to bring something). I had two licks of brownie batter. I didn’t want any more. It kind of tasted good, but also kind of not, and just a few minutes later I felt a bit sick from it. That hardly seemed possible, to feel oogey after a spoonful of batter, when I knew full well that I probably could have scarfed the whole bowl of batter last spring, and would have wanted more.

I give thanks that I made it through the entire summer. I really didn’t think I would. I tend to be gung-ho on new eating plans for a maximum of about six weeks before I cave and leap off the wagon. I’m sure letting myself eat chips and crackers and the like figured prominently into my success with not eating sugar.

On September 1st, I found myself about eight to ten pounds lighter. I feel happier and a bit more in control of my food than I have in a while. When we attended my kids’ Back To School picnic at the end of August, I didn’t hover near the food tables, didn’t feel compelled to keep snitching food, didn’t let thoughts of desserts override interactions with friends. It was marvelous to feel liberated from my all-consuming sugar addiction.

So guess what? I decided I’m not stopping. Nope, I’m keeping up with this sugarless lifestyle. Again, I’ve told myself if on major holidays I want something sweet that I can have it. I’ve told myself if I want three days at Christmas to bake myself silly (sweet things, people. Not pot!), I can.

I hope I won’t, but I have to give myself those outs, or it all feels too scary. But I also decided to add parameters, because in truth I know eating my weight in Pringles isn’t any healthier than eating my weight in chocolate bars. It was time to let go of that crutch. I also want to drop more weight (and know I would have if it hadn’t been for all the chips), and to feel less fatigued. There are fewer broad swings in my energy level, but I’m still tired much more often than I want to be.

So for this fall, I am going without chips or crackers, in addition to not eating sugar things. Some people think I’m crazy. I think I’m trying to save my life.

I’ve already noticed ways in which I’m searching for my “new” fix. I went through a fast food drive-thru twice last week, something which I’d been mostly successfully avoiding since May. I ate macaroni and cheese for lunch (the entire box) two days in a row. Clearly there are still battles raging. I’m not ready yet to fully give up wheat/flour items, although I suspect if I did I’d be that much closer to putting the nail in the lid of my food addiction coffin. I’m not ready yet, even though I long to be.

Still, this working on one thing at a time, instead of my old “absolutely all or nothing” approach, is exciting for me. First, because I’m actually succeeding. And second, because it’s challenging my own inner critic that says if I’m not doing everything “right”, I’m not doing anything right. That critic needs to be driven out, whether she’s talking about food or body size or writing.

Cheer me on, will you? This isn’t easy. This weekend I’m craving all sorts of things, and totally want to hit the drive-thru, order a pizza, or make more of my beloved mac and cheese. I guess I’m still a food addict with a long way to go. But I’m pleased I’ve at least got both feet on the path now, and they’re aiming in the right direction.