You may have noticed I’ve been relatively absent from social media and certainly absent from my blog. Or maybe you haven’t. No biggie.

Where have I been? 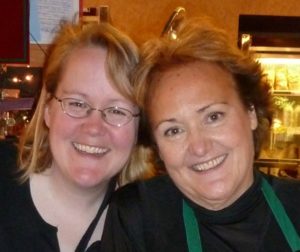 Mourning the loss of my mom. Much of my summer I was helping my stepdad and sister in caring for her as cancer robbed her of so much. On August 23rd, it robbed her and us of her life.

I was blessed to be very close to my mom. I know not all people are so fortunate. It’s made this all the much harder. I intentionally took the first month after her death to mourn. That month is now leaching into the next, but I can’t seem to keep the author hat on for any great length of time – the winds of grief blow it off when I’m least expecting it.

Thank you to all who’ve stuck with me and continue to stick with me. I’m determined to write for National Novel Writing Month in November. Whatever I produce may not be anything worth salvaging, but I *am* going to write.

Now the question: What?

Which would you rather read: 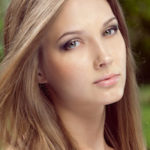 Sophie Mattersley‘s story, the fourth in the Magic of Love series, tentatively titled A Delicate Matter? Sophie was a rather surprise character in A Scandalous Matter. A number of you have asked for more about her – which of course makes me happy! 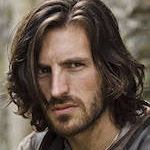 Or The Legendary Duke, the second in the Put Up Your Dukes series, featuring Gavin Knight, the Duke of Cortleon? He got about one sentence in The Demon Duke, but he’s familiar to several of that tale’s characters. His own story takes its inspiration from Gawain and the Green Knight. (And for fellow Merlin fans, yes, you’ll recognize Gwaine/Eoin Macken above, who’s serving as physical inspiration for Gavin!)

Vote in the comments!

10 Replies to “Where In The World is Margaret Locke?”